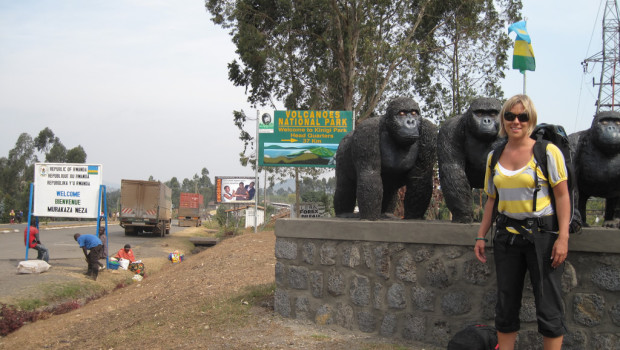 The Cyanika border is the crossing point into Uganda from Rwanda and vice verser therefore a key determinant to the growth of tourism between the two countries. Though not known to so many people but to the neighboring communities, the Cyanika border connects two major tourism areas in Eastern Africa. On the Ugandan side, it is the nearby town of Kisoro which is the hub of a number of tourism activities. From this point you can easily connect to Lake Mutanda and Nteko as well as the southern side of Bwindi National Park. You can also easily connect to Mgahinga National Park and, of course, the Congo border is near too. The airfield in Kisoro is all tarmac, and there are daily flights by Aerolink from Entebbe for tourists.

Many travelers use this border including buses and tour vehicles which bring the visitors to either Uganda or Rwanda. Crossing the border with Ugandan vehicles to Rwanda is not a problem and viceverser, unlike the border situation between Kenya and Tanzania. Although the Rwanda regulations at the border need to have some more safety equipment like fire extinguishers and insurance certificate, but otherwise, no problem. Crossing via the Cyanika borders is only about 1 hour drive to Volcanoes National Park the most polar safari destination in Rwanda. From this point, its also one more hour drive takes you to Lake Kivu. Today for tourists holding the common tourist visa will go across the border even faster, because they do not need to pay the visa fee into Rwanda or Uganda. It is a very good development for tourism growth for the two countries.

It was reported here some time ago that the new common one stop border post was being built, and it will indeed be good news for tourists and traders to cross the borders with less and less hassle.
This ease of travel is a contrast to other fellow East African Community member state, Burundi, which has just slammed the door into the face of tourists already in the region and wanting to cross for instance from Rwanda into Burundi, as new rules require a visa to be obtained before visiting Burundi.

Rwandan and Ugandan authorities and tourism stakeholders are working closely together to enhance a favourable cross-border tourism, and the number of air connections has risen between Rwanda and Uganda to as many as four a day, just over half an hour’s flight by Uganda’s adopted home airline RwandAir from Entebbe to Kigali.

However, as many tourists set out on road with an itinerary comprising of both Uganda and Rwanda, you will need to cross at the Cyanika border. After your gorilla safari in Bwindi or Mgahinga fnarional park and perhaps staying in one of the scenic lodges on Lake Mutanda, come April, the border crossing will be very smooth crossing at the border only to immediately find oneself in the foothills of the Rwandan Parc de Volcanoes. Gorilla tracking, as well as tracking for Golden Monkeys, is possible on both sides of the border and during the peak season, when gorilla tracking permits are literally sold out, it is often the case that one can get a ticket on the other side of the border, an option now increasingly often used by safari operators from both countries