Did you know that birding in Rwanda is one of the interesting activities you should not miss on your African safari? YES, where as this small  land of a thousand hills is families for mountain gorilla safaris, bird watching is a great add-on. Rwanda has dense forests and mountains that create a unique and amazing location for eco adventure. Through its 250km east-west and 150km north-south land, Rwanda has over 700 bird species and other Albertine Rift endemics compared to other countries. There are 7 (Seven) birding areas in Rwanda (Important Birding Areas (IBAs) found in its three National Parks of Volcanoes, Akagera, and Nyungwe then in Akanyaru, Nyabarongo, Cyamudongo and Rugezi Swamp. Rwanda offers so many more birds to discover over its thousand hills and these range from the common to the rare ones but all are fascinating to look at. 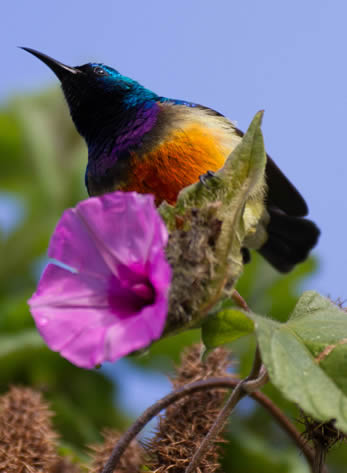 Akagera National Park contains various wetlands and various papyrus species which harbor variety of birding species including the elusive Shoebill stork, Papyrus Gonolek, Carruther’s and Tabora Cisticolas, Black and familiar Chats, Bennett’s Woodpecker, Shoebill, White-winged and Broad-tailed Warblers Red-faced Barbet, White-headed, and Miombo Wren-Warblers. Akagera is a rewarding park with large mammals like hippos, elephants and giraffes aside variety bird species. The area has plenty of camping sites where one can stay as they explore the park.

Nyungwe National Park on the other hand is located on the southwest of Rwanda with immense region of the largest natural forest. These unexplored forests are homes to about 300 different bird species and other animals. Although Nyungwe has high steep hills with deep valleys, the area has a superb zigzag tarmac road that cuts across the forest up to the top of the mountains.

The Kungwe Apalis and the Red-collared Mountain Babbler are easily accessible in this field and recently Rockefeller’s Sunbird which signifies that there is still so much is left to be discovered like the Congo Peacock only found in the remote dense forest of DR Congo. 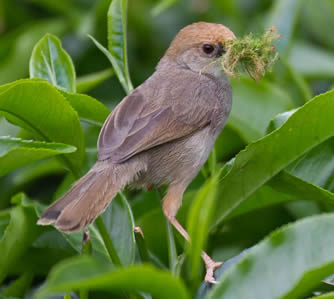 As you move through the forest and the nearby accommodations you discover that there are good forest tracks for birding that were built to provide a good view of some of the extra skulking species such as the Shelley’s and Dusky Crimson wing, Collared Apalis, Archer’s Robin-chat, Kivu Ground Thrush, and Red-throated Alethe.

Volcanoes National park said to be the first National Park to be created in Africa in the north-west Rwanda, is often known for Mountain Gorillas because of the extensive research that Dian Fossey carried out about gorillas in 1985. The park borders Mgahinga Gorilla National Park in Uganda, Virunga National Park in Democratic Republic of the Congo. I

For bird lovers, a birding safari in Rwanda & Uganda will definately be a perfect choice adventure offering you the best african bird encounters. Rwanda alone has a total of over 650 bird species and several birding sites which are found all over the country for example the Gishwati Forest site found in Akagera National Park. Although Rwanda is a small and landlocked country, it has continuously supported tourism throughout the country by ensuring that there are excellent roads, security, clean and good quality lodging and many others.