Mountain gorillas are frequently found in the gentle foothills of Mt.Sabyinyo and Mt. Gahinga. Named after the Sabyinyo volcano which means old man’s teeth, Sabyinyo gorilla group was formed after the death of the leading silverback 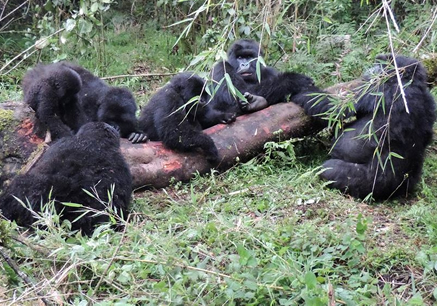