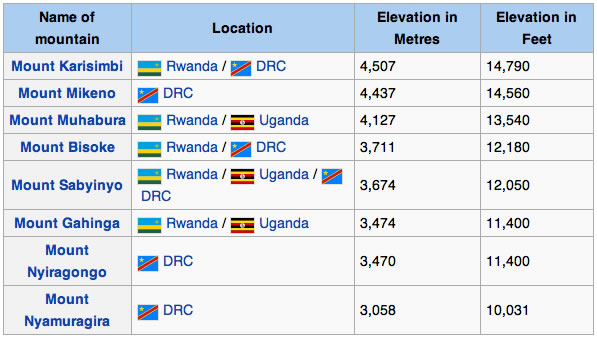 The name “Virunga” is an English version of the Kinyarwanda word “ibirunga”, which means “volcanoes”. It is here in Volcanoes national park that Dian Fossey habituated mountain gorillas that have made Rwanda famous. The beautiful terrain and the lush equatorial rainforest whose bamboo section form the natural habitat for the celebrated mountain gorillas, the endangered golden monkeys and the colorful albertine Rift endemic birds are a magnet to the various visitors from all over the world.

As you get to Musanze, the stunning backdrop of Karisimbi, Mikeno, Sabyinyo, Mgahinga and Muhabura , Bisoke volcanoes are a big spectacle.