Volcanoes National Park is a top safari destination with a growing number of travelers coming into Rwanda for gorilla safaris and other Rwanda wildlife tours. Travelers to Volcanoes national park have a variety of activities 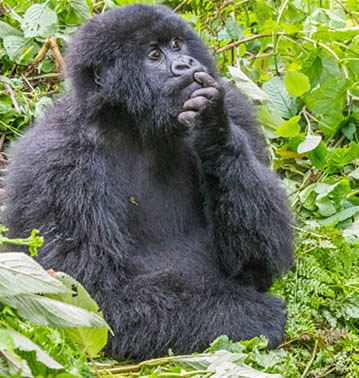 Volcano climbing
Besides wildlife, Volcanoes national park is a home for three extinct volcanoes. Travelers to this park therefore have an added advantage of hiking to the top of any Volcano which reward them with spectacular views of Rwanda’;s rolling hills, kigali city, Virunga volcanoes and local communities.Mt Karisimbi is the most hiked Volcano and the experience is worthy the hike.

Caving
Do not miss out visiting the Musanze caves on your Rwanda safari to Volcanoes national park. Experienced guides lead you into these caves while telling you the mysteries of the caves, history and all other facts about Rwanda.

Other activities to do in Volcanoes national park include cultural tours especillay to Iby’Iwacu cultural village, bird watching, visiting the twin lakes of Bulera and Buhondo among others.