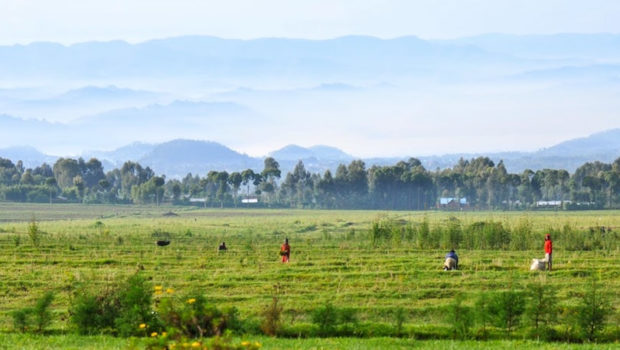 Since time memorial, Rwanda has been known for being a home to the endangered mountain gorillas in the volcanoes national park alongside Uganda and the Democratic Republic of Congo. More still, the country is well recalled for the terrific 1994 genocide that claimed the lives of roughly 800,000 people in 100 days. The country has also been known as a land of a thousand hills besides being the smallest land locked country in Africa. However, Rwanda is much more than this, there are interesting facts that have not been recognized in Rwanda, which if discovered would be of great interest to travelers.

Cleanest City in Africa
Rwanda is the cleanest and organized country in the whole Africa if not the whole the world as well. Community undertakings such as umuganda in which all Rwanda populaces take part in public works has helped to keep the country clean. Umuganda is done at every last Saturday of the months with all people including the president take part willingly without force. This makes it stimulating for travelers in Rwanda especially on this day since all businesses for all people to participate including travelers if they are willing.

More still with an aim of keeping the country clean, Rwanda was the first country to ban plastic bags in the whole world. This was initiated to lower the ecological damage caused by plastic waste. This makes the country unique since it is not a case in other countries.

Densely Populated
Its no secrete that Rwanda is the smallest country in central and East Africa, it is one of the most densely populated countries worldwide with more than 12 million people sharing a land area of 26,340 square kilometers. In addition to that, Rwanda has highest women representation of women in the whole world compared to other countries. Approximately 50% of parliamentary representations are women contrary to the United Kingdom, USA and Australia with less than 30% woman in the parliament.

Peaceful & Secure
Rwanda is now the safest country with low crime rates in the whole of Africa and the fifth in the whole world despite the past civil wars that hit the country in the 1990;s. More still, though many holiday makers have known of over 800,000 people who slaughtered and more incapacitated in the genocide, the tales of betrayal and the extent of brutality are more heart breaking and in comprehensive. Knowing the details of the genocide associated with divisions and instability is very important for all travelers. This helps them to compare the past and present Rwanda situations hence appreciating the country’s present inspiring spirit of restoration, resolution and unification.

This achievement earns Rwanda respect and appreciation from the travelers encouraging tourism in the country.
In order to avoid the hazardous cycle of” hatred breeds hatred “by the local people who were affected by the genocide, reconciliation villages have been introduced by Rwanda`s leaders. In these villages, all culprits and remarkable survivors of the genocide co-exist in forgiveness and remorse, which has become an operative approach. This spirit of closeness and effectiveness disclose the spirit and character of Rwandan people.

Highest Mountain Gorilla Population
Interestingly still, the population of mountain gorillas in Rwanda is increasing at a high rate. Currently, the number of mountain gorillas has increased to 400 individuals split in 10 families compared to 250 that lived in 1985. This increased population is attributed to the programs of conservation, responsiveness and other initiatives supported by income earned from tourism. Volcanoes national park has the highest population of mountain gorilla in the virunga conservation area and the second to Uganda in Uganda in the whole world.
Today, Rwanda has become a very popular destination because of her gorilla safaris and very soon, the Land of a thousand Hills will soon be a home to the big five. Last year, lions were successfully re introduced in Akagera national park and this year, black rhinos are to be re-introduced making the country a home to the big five. The black rhinos are to be brought from south Africa meaning that game viewing in Rwanda will be be so interesting compared to the neighboring countries.

Cycling Tours
The introduction of cycling as a new sports tourism product in 2006 was a great achievement. This was after the international visitors to Rwanda saw the strength and potential of local cyclists as they navigated in the steep inclines of the land as part of their daily lives. At present, the cycling team has become successful even at the international level and new teams have been launched. Last year, a team of women cyclists was launched last year as well as the annual tour du Rwanda which now attracts a big number of international participants.

Leaving out wildlife, birdlife also make tourism in Rwanda unique. The country is rated as one of the top five destinations with the highest number of bird species hence a best destination for birding. With approximately 700 bird species in the country some of which are endemic to the region, Rwanda is a haven for birders which is an added advantage.
More still, Rwanda’s Nyungwe forest national park is a home to the roughly 25% of Africa’s primates. There are over 43 primate species inhabiting the national park among which are the chimpanzees, owl-faced monkeys and the blue monkeys among others.

Embracing Technology
Concerning technology and communication, Rwanda has really embraced digital technology with the best Internet access in the whole continent of Africa. This has been done through the implementing fibre optic cables connecting to all regions in the country. Health services in Rwanda have also improved. This has been seen by over 90% of Rwandans having access to medical insurance. The improved health has raised life expectancy in Rwanda by 10% in the last decade. Also, there has been significant improvement in the quality and accessibility of health care hence decreasing the rate of child mortality.

Also, the introduction of homegrown solutions in the country has made Rwanda unique. These include the giving of a free cow to each low-income family and the distribution of milk to children in all schools throughout the country. The traditional community judicial system (Gacaca courts) that transfers court process back to the village communities has also done great. This was introduced in 2002 and helps to clear the backlog of genocide suspects who are still in prison. The court system has also helped the survivors and perpetrators of the genocide to move forward in forgiveness and forgiveness.

The Land of a Thousand Hills
The mountainous terrains of Rwanda made of rolling hills are the reasons why the country is called a land of a thousand hills.. There are several volcanoes in Rwanda, which are sabyinyo, karisimbi, bisoke and Muhabura, which encourage hiking. Also, there are 23 lakes in Rwanda, lush tea plantations, steep rice terraces, savannah reserves and a number of rivers some of which form the source of the Nile are found in Rwanda.

Authentic Culture
Concerning culture, Rwanda’s young children are given names in relation to the circumstance at hand and the hope for the future. Most names such are patience, innocent and peace reflects back to the genocide when innocent lives were killed at no mercies. In relation to this, there is the naming of baby gorilla (kwita iziina), a ceremony for naming baby gorillas as an appreciation for these icons in the country. Just like human beings, the young gorillas are given names basing on when they were born, where, the circumstance to hand and the future predictions. This formality is held every year and brings in many holidaymakers from all parts of the world.

Ex Poachers convert into conservationists
The most interesting thing in Rwanda is that the ex-poachers of mountain gorillas are now their guardians. By initiating the development through conservation programs, most people have been introduced to how they can identify and implement other sources of income other than poaching. This has changed the attitudes of local people committing themselves from all harm and danger. These people have now put up cultural villages, which they run them selves and have greatly benefited from tourism income brought in by the increased population of mountain gorillas in the country.

In conclusion therefore, though little has been known about Rwanda, the country has more to offer. All travelers should therefore visit the country to discover the un explored features in the country.