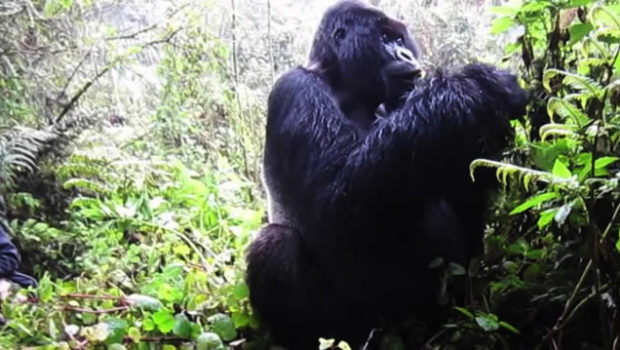 Virunga national park is considered as both blessed and cursed, the DRCongo national park bio-diverse national park in Africa yet heart breaking Africa’s oldest national park of the Virunga covering approximately two million acres with an inclusion of the web glacier fed river, one of the great lakes of Africa, the sun-bleached savannas, impenetrable low land rain forests two active volcanoes and one of the highest peaks of the continent, Virunga has been for two decades, a war zone since 1994 when the horrific ethnic conflict in neighboring Rwanda that led to the genocide of Tutsis by Hutus spilled across the border into Congo. Hutu fighters and more than a million refugees fled Rwanda after their defeat, settling in nightmarishly overcrowded camps around the park.

Virunga national park is a home of over 700 bird species such as the handsome francolin and Grauer’s swamp warbler, more than 200 mammals, 480 of the world’s 880 remaining mountain gorillas. It where the Semliki River flows out of Lake Edward with the Rwenzori Mountains glowering in the distance, serenaded by a moaning Greek chorus of water-besotted hippos, and gazing down at a thoroughly uncontaminated tableau of swimming elephants and strutting saddle-billed storks backlit by a low morning sun, one becomes very small, very silent, and very aware that nature’s brave feint of indomitability has all but come to an end.

Due to the civil wars in the national park, it was declared a danger site and was put in the list of the 48 UNESCO’S World Heritage sites in Danger lists. It has dealt with the consequences of the 1994 Rwandan genocide when more than one million refugees fled into the DRC, putting a tremendous strain on the park. The genocide victims who fled to the Democratic Republic of Congo and in the Virunga national park killed most of the wild animals in the park for meat and cut trees at a high rate establishing bases in the remote areas of the national park, they were not sparing and conserving them at all, it was terrible for the animals as they fled the national park to look for safer places.

From time to time, the battle became worse, the management of the then Virunga national park suffered a lot of conflicts and opposition from the rebels who had hidden in the national park, many wild animals were slaughtered with no mercy and any thought of conserving for the future, the fateful moment was in 2007 when the whole gorilla family was killed by an illegal charcoal mafia, later the national park was turned into the epicenter of the kivu conflict as the rebels occupied the national park chasing and overthrowing the park management.

Not only was the battle between the park management and the rebels who had fled from Rwanda in the 1994 genocide but was also at the heart of a tussle for its oil between British oil and gas Exploration Company, Soco and those fighting to keep a vital part of human identity intact. The mining and exploration of oil in the national park was and is illegal hence causing misunderstandings and battles between the oil explorers and the conservationist in the national park.

It was in the year 2008 when a 44-year-old De Merode, a Belgian prince who committed himself to conservation in Africa and mostly in the Virunga national park was appointed as Virunga’s director with a great task to rebuild Africa’s oldest national park, the Virunga national park a UNESCO World Heritage Site that had been the epicenter of Congo’s long carnage, infested by armed militias and plundered for its wood and wildlife. De Merode’s goal was and is to bring sustainable development and economic growth to the region as well as unparalleled employment opportunities to the DRC’s population over the next decade.

Since 2008, De Merode’s has pursued his mission with a courage and determination that belies his polite, mild-mannered appearance, turning the corrupt and demoralized rangers into a disciplined well-armed force which has promoted tourism in the area, even the number of wild life in the national park has been increasing each day since 2008.

Therefore, Virunga national park is of utmost significance to the world to the Democratic Republic of Congo and the world as well. Home to gorilla safaris in Congo, the park has so much offer adventure travelers. The resource-rich region’s wildlife and vulnerable people should then be a protected and this will set a global precedent reversing years of injustices and crimes against both people and nature in the Democratic Republic of Congo and the neighboring countries.