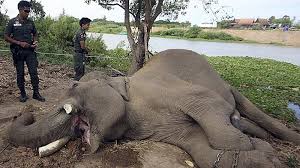 Uganda Wildlife Authority has recorded a double increase in the rate of wildlife poaching during the copvid19 lockdown. 367 poaching cases have been registered in Uganda between February and June 2020, a double hike compared to 163 cases that were registered in a similar period of 2019. The unfortunate news was shared to the public urging local communities to spare wildlife for future tourism. Tourism in Uganda was suspended effective from March 2020 when the country registered the first positive case of Corona Virus. The recent report about poaching in Uganda national parks is the killing of Rafiki gorilla in Nkuringo gorilla family, south of Bwindi Impenetrable Forest National Park. The local victims confessed to had killed the endangered gorilla for wild meat due to lack of food. The suspension of travels to Uganda national parks cut off all benefits to local people as well. The locale people who depended on tourism money for a living were left with no any other source of income. These include local guides, porters, food venders and sellers of local crafts. Also, the 20% share that Uganda Wildlife Authority allocated to local communities was cut off in the meantime.

Causes of Increased Poaching during Lockdown
The major cause of increased poaching in Uganda National Parks during lockdown is the loss of income for people who initially depended on tourism for a living. Most people who have working in national parks were sent home and have not received any payment for the last close to 4 months. More so, the suspension of some workers has led to inadequate human resources in Uganda national parks. The limited labor has left some conservation areas un monitored making it free access for poachers. Uganda Wildlife Authority I currently no taking in any money from tourism making it hard to sustain all workers especially in national parks. Local people also hunt down wild animals to for food especially wild meat. Local people who have been jobless in this Covid19 lockdown have turned their spears on wildlife for survival.

It was discovered that mountain gorilla and chimpanzee are normally not a target for poaches. The endangered species fall accidentally into the traps set to catch other edible animals especially the duikers and bush pigs. Mountain gorillas have accidentally fallen victims of poaching.

Other threats to wildlife in Uganda
Besides poaching, tourism and wildlife in Uganda is greatly threatened by habitat loss. Local people have continued to encroach on national parks to expand their agricultural and settlement land. Civil conflicts in national parks have also led to the death of many wild animals in Uganda and the neighboring countries. Virunga national park in the Democratic Republic of Congo was in 2018 closed to tourism for over 6 months due to rebel attacks in the Park. Other threats to tourism include diseases especially in infants.

National Parks Vulnerable to Poaching in Uganda
Bwindi Forest National Park, home to the endangered gorilla is one of the park vulnerable to poaching. May mountain gorillas have been found dead and other critically injured trapped in snares by poachers. The other parks highly threatened by poaching include Lake Mburo National park, Kidepo Valley and Murchison Falls National park.

What is being done?
In order to reduce on the rate of poaching in Uganda’s national parks, Uganda Wildlife Authority and other conservation bodies have engaged local people in different project. Local farmers have been given a higher price for their coffee to help hem earn a living. Also, UWA is providing fast growing seedlings to local communities near national parks to help them get food in the shortest time possible. Also, tourism police and armed park rangers have been deployed in all parks to ensure safety of wild animals

Conclusively, poaching is a big thereat to the survival of wildlife in Uganda. A combined effort of local communities, park rangers. Government and non government organizations is required to curb the wide spreading of poaching in Uganda and the neighboring countries.