The Virunga Mountain also known as the Virunga Conservation Area or the Virunga Massif is a protected ecological area that straddles the borders of 3 countries; Democratic Republic of Congo (DRC), Rwanda and Uganda. The area is protected for its unique wildlife diversity with both fauna and flora species including endangered species like mountain gorillas and other primates.

The combined conservation efforts from the 3 countries have turned the Virunga Mountains into the best tourist attraction site in the area that earning the highest tourist revenue for the respective countries. This vast ecological area is demarcated into wildlife protection zones which are the 3 national parks that share borders in this region with each located in a different country. These parks are; Virunga National Park in DR Congo, Volcanoes National Park in Rwanda and Mgahinga Gorilla National Park in Uganda. Although these parks are majorly known for gorilla safaris since majority of tourists visit them to trek the endangered mountain gorillas, they also protect a variety of other wildlife species including primates, mammals and birds. 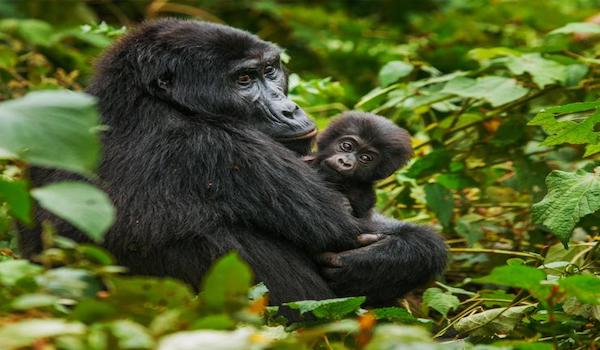 The Virunga Mountains is the home to half of the remaining global population of mountain gorillas with the other half living in the nearby protected area of Bwindi Impenetrable National Park in Uganda. The two areas approximately share equally the total population of about 1,063 mountain gorilla individuals currently living in the wild between themselves. Mountain gorillas in the Virunga Mountains live in the 3 national parks of Virunga National Park in DR Congo, Volcanoes National Park in Rwanda and Mgahinga Gorilla National Park in Uganda. These gentle giants who share about 98% of the human DNA occasionally switch these homes with the recent incident involving one gorilla group from Volcanoes National Park in Rwanda crossing over to Mgahinga Gorilla National Park in Uganda and later returning to Rwanda. This kind of gorilla migration usually happens as gorillas are trying to look for a new grazing zone, fleeing from another hostile gorilla group or trying to expand their group by conquering other gorillas in a new territory. A good number of mountain gorillas in the Virunga Mountains have been habituated (making them get used to the presence of humans) in their respective groups which enables tourists to interact easily with them once they reach one of the habituated groups. On average, each habituated gorilla group in the Virunga Mountains has got 15-35 individuals. Travelers who wish to take part in the gorilla habituation experience are also catered for though the exercise is charged higher than trekking and it lasts four hours per day in the presence of gorillas compared to a single hour under gorilla trekking. Gorilla safaris to trek these endangered primates are organized in each of these national parks throughout the year under the same conservation guidelines though the price of a gorilla permit differs from one country to another. For more information about gorilla trekking in any of the 3 countries you can click here and inquire from gorilla safari experts. 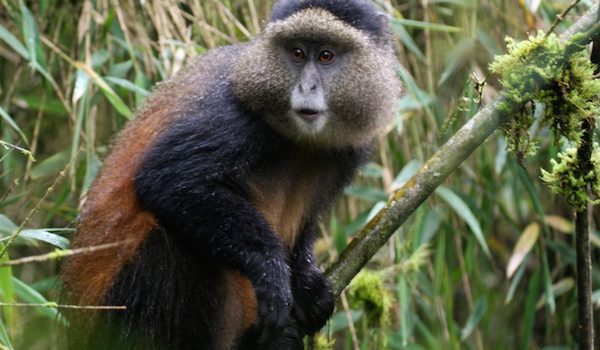 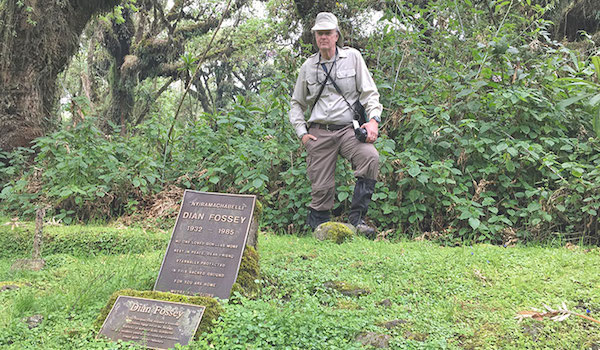 Dian Fossey was an American primatologist and conservationist who carried out extensive research work and study of mountain gorillas from 1960s until when she was murdered in 1985 in Rwanda. Fossey was murdered by poachers who saw her as an obstacle that had prevented them from hunting and killing wildlife species in the forests including mountain gorillas given the conservation measures she had put in place to protect these animals. Her tomb is situated in Volcanoes National Park at Gorilla Cemetery, Karisoke Research Station where travelers visit always to pay tribute to the fallen conservation heroin. 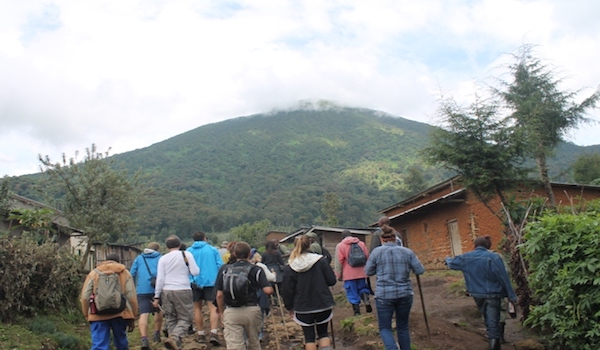 In addition to Nyiragongo and Nyamurangira, the two active volcanoes in DR Congo, there are other 6 volcanic summits in the Virunga Mountains and they all dormant. These include Mount Karisimbi, Mount Mikemo, Mount Muhabura, Mount Bisoke, Mount Sabyinyo and Mount Gahinga. Mount Karisimbi, which is the highest of all at 4,507 meters above sea level is the most hiked from the Rwanda side and it gives a wonderful view from its top of this decorated ecological area. 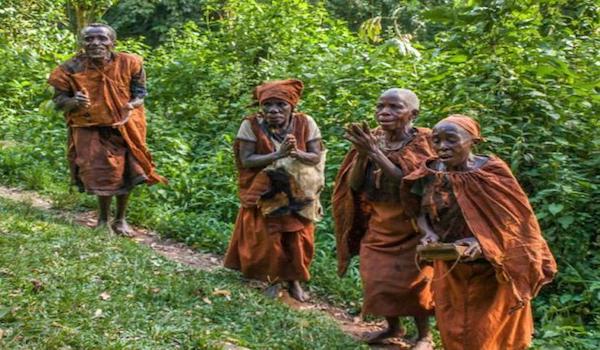 The Batwa are the indigenous inhabitants of the area who lived in the forests around the Virunga Mountains. They have continued to live a unique of life characterized by their cultural values like hunting and food gathering, dancing and singing traditional folk songs and living in muddy and grass-thatched houses. The Batwa are found in all the 3 countries living around gorilla habitats and travelers always get a chance to visit and interact with them at the end of their gorilla trekking safaris.

In addition to mountain gorillas and golden monkeys there are other primate species found in the Virunga Mountains. These include several monkey species like the black and white colobus, baboons and chimpanzees. These primates are occasionally seen by trekkers in the forests on their way to and from seeing mountain gorillas.

The Virunga Mountains region is dominated by stunning montane forests and they the ones that provide such a conducive environment for primates like mountain gorillas to thrive providing both food and shelter to them. The forests are a very crucial ecological component in this region responsible for the warm and cold/wet climatic conditions received in this region throughout the year.

The Virunga Mountains region is also home to some rare bird and mammal species including some Rift Valley endemics. Some rare birds like the Rwenzori turaco can be seen in the forests here while animals like forest elephants are also occasionally seen roaming in the forests.

Although the Virunga Mountains may commonly be known for only mountain gorillas, it is such an important ecological area with a diversity of wildlife species and outstanding physical attractions like volcanic summits and stunning forests.