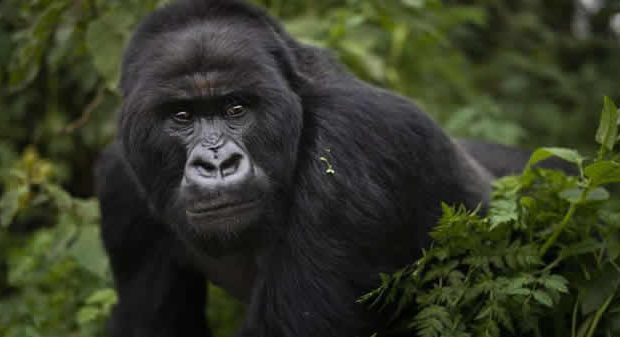 Until recently, mountain gorillas were described as critically endangered species before the International Union for Conservation of Nature (IUCN) decided to place them in the category of endangered species in their Red List of threatened species.

Unlike many other species on the Red List, mountain gorillas are among the very few whose population has been recorded to be rising in the past few decades. Established figures from gorilla census indicate that there are about 1,004 mountain gorillas in the jungle today, a significant increase from only about 250 that were recorded in the 1970s.

Mountain gorillas with time have proved to be one of the most important wildlife species not only in the ecosystem but also in the economic field. A bigger percentage of the revenue earned from the tourism sector in Rwanda, Uganda, and DR Congo comes from gorilla safaris where travelers visit the parks to trek these breathtaking primates who share about 98 percent of the human DNA.

The exclusive presence of mountain gorillas in only 3 countries in the world makes them more desirable to be seen by travelers compared to another species that are scattered worldwide.

Mountain gorillas live in two close locations in the world, that is in the Virunga Mountains of Rwanda, Uganda, and Democratic Republic of Congo (DRC) and in Bwindi Impenetrable National Park in Southwest Uganda.

Gorilla trekking and gorilla safaris are incredible in all the 3 parks in Virunga Mountains and in Bwindi Impenetrable National Park with the only difference coming in terms of price of the gorilla permit, and maybe accessibility as we shall discuss later.

What are the factors behind the rising number of mountain gorillas?

Dian Fossey, an American primatologist who died in 1985 had predicted that mountain gorillas could go extinct by 2000 given the rising rates of poaching and deforestation that she had witnessed before her death. If still alive today, definitely Fossey would be surprised to see mountain gorillas thriving rather than getting extinct.

The success story of gorilla conservation has not just come naturally but rather with a concerted and sustained campaign that has helped to avert the life-threatening aspects to gorillas and give these great apes a second chance.

These gorilla conservation campaigns include among others giving them veterinary care periodically to treat their infected wounds, and funding the surrounding communities that would otherwise turn to woods where gorillas stay for farmland.

Although gorilla numbers are thriving, but those who work around them are very careful with them as George Schaller, a renowned biologist and gorilla expert states, “The population of mountain gorillas is still vulnerable, but their numbers are now growing, and that’s remarkable’”, he says.

The work done through the gorilla conservation campaigns is complemented by gorilla trackers who are in charge of the daily monitoring of mountain gorillas hence the backbone of the entire conservation project. The information provided by these gorilla trackers help the scientists, veterinarians, and tour guides to locate gorillas quickly and their work.

The outstanding conservation work of the Fossey Fund

One of the outstanding stakeholders of gorilla conservation is the Fossey Fund, a nonprofit conservation group operating in Volcanoes National Park to protect mountain gorillas. The Fossey Fund succeeded the Digit Fund that had been set up by Dian Fossey in 1978 following the killing of one of her favorite gorillas, Digit by poachers. Among other tasks undertaken by the organization include supporting research, educating and training future conservationists on the continent.

Today the incredible work that has been done by these stake holders has allowed tour groups through gorilla safaris to hike in the rain forests of Rwanda, Uganda, and DR Congo to watch gorillas. In all these trekking areas, tour groups are limited to 8 people at a time with only one hour allowed for them to spend in the presence of mountain gorillas.

Other regulations to tourists in favor of gorilla conservation include prohibiting carrying food or water bottles in front of gorillas so that they don’t snatch them and get infected with germs. Trekkers are also not allowed to hold eye contact with gorillas for too long while they are advised to look down and bend their knees in case a gorilla acts aggressive which is referred to as a “submissive pose.”