The fact that gorillas share about 98 percent of the human DNA means that we have got a lot of things in common with these great primates. These gentle giants emulate several human aspects in their behaviour including living in well-organised families and social groups as well as caring for their infants just like humans do.

But what about when it comes to night life? Humans are known to be spending their nights sleeping comfortably in their houses but how do gorillas spend theirs? Here are five facts about gorilla night routines.

Fact 1: Gorillas make nests to sleep in every night 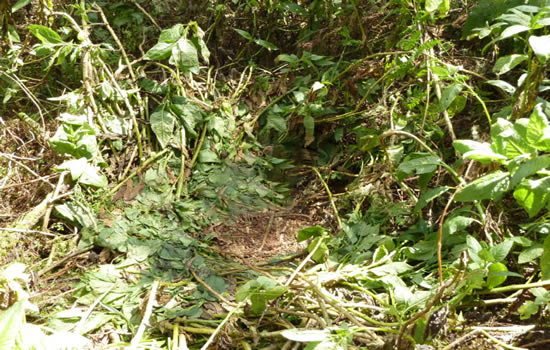 Gorillas use different vegetation to build their nests including leaves, grass and branches which are used as bedding layers of their circular nests. Gorillas use a very short time to build their nests with the shelter usually within 5 minutes. Majority of the gorillas build their nests on the ground though there are a few who prefer to set up theirs in elevated positions. Younger gorillas also occasionally make day nests from which they rest after feeding and playing. 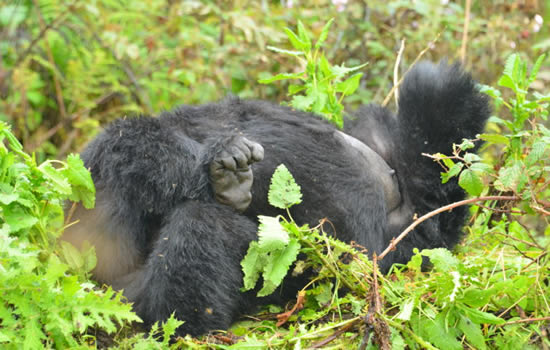 Although gorillas rarely move beyond one mile every day, meaning that they are always close to their previous night’s nests, they always construct new ones each night. In other-words, gorillas construct nests at every point the night finds them. This regular nest-building habit has guided researchers to determine the size of a particular gorilla group and the overall population of gorillas through counting daily gorilla nests.

Fact 3: Infant gorillas remain in their mothers’ nests until the moms produces again 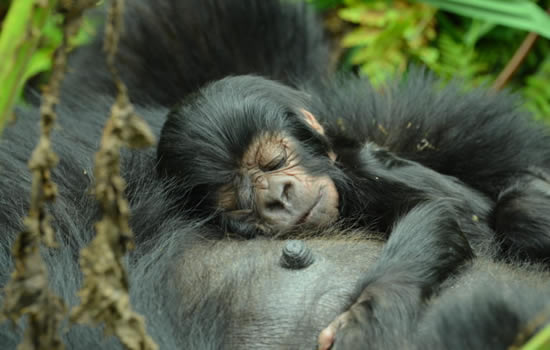 Before infant gorillas gain the skills and energy to construct their own nests, they continue resting in the same nest with their moms. However, this is only tolerated before the mom gets another infant, usually up to for years and once a new baby is born, young gorillas are forced to start sleeping on their own. Usually the young gorillas try to learn building nests during day preparing for their exit from their moms’ nests.

Fact 4: On average, gorillas spend about 12 hours sleeping each night

Gorillas start preparing for bed time early as they start making their nests before sunsets and by dark, they are already in their beds. Like humans, gorillas stay in their nests the entire night though they sleep a bit longer than people. On average gorillas sleep for about 12 hours each night, they are not early risers. 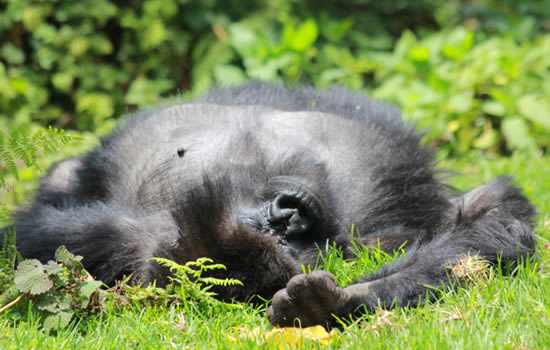 Gorillas are not the only non-human great ape to build nests, others including chimpanzees, orangutans, and bonobos also like resting in a comfortable place at night like humans. These intelligent apes always try to collect materials in their environment to use as bedding the same behavior with humans who like to curl up in a well-laid bed. In contrast, as humans sleep in a single set up of shelter always, the rest of the great apes build a new nest every night. Unlike mountain gorillas whose nests are generally laid on the ground, other species of gorillas as well as other great apes fancy setting up their nests up in the treetops and off the ground as a protective measure from potential predators.

Where to find gorillas?

What do you need to trek mountain gorillas?

Securing a gorilla trekking permit is the first and major step for you to see mountain gorillas. The easiest way of acquiring a gorilla permit is by booking through a trusted local tour agent like Africa Adventure Safaris who helps in securing your permit from the tour authority, and arranges for both your accommodation and transport services. Once you get in touch with the local agent, they will guide you about other necessary procedures including when you should visit, what to carry for your trip and give you any other important information regarding gorilla trekking.

Click here to chat with a trusted tour agent about safaris in both Uganda and Rwanda.