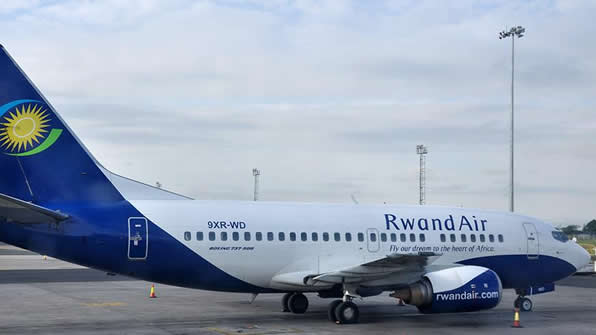 Rwanda &Togo Sign Bilateral Air Service Agreement
The question about Connecting from kigali to Togo has been answered. On 3rd May 2018 Rwanda signed a bilateral air service agreement with Togo. The intensions of this bilateral agreement are to enhance Rwanda airs expansion to West Africa, improve economic development and easily connect people to other world’s, Rwanda and Togo. The deal was sealed between Jean de Dieu Uwihaganye the minister in charge of transport in Rwanda and Augusto da Silva Tomas the minister of transport in Angola at the end of the 4 days international Civil Aviation Organization safety symposium in Kigali. Also, the agreement allow Rwanda’s national carrier to access all airports in Angola which ranks as one of the biggest economies in Africa. Further more, Rwanda Togo’s bilateral agreement allow Togolese Asky airlines to fly direct to Kigali and Lome without en-route stopovers. This is great advantage for business passengers enabling them to make easy transactions. Also, the deal will open up Rwanda to the outside world countries attracting many business people to come and exploit the investment opportunities Rwanda offers. The lately signed agreement adds up to over 60 bilateral air space agreements in 26 destinations, which Rwanda has signed in west and central Africa.

The signing of an agreement is an opportunity for Rwanda & Angola to benefit from trade and tourism. Rwanda hopes to benefit from advanced mining in Angola with no restriction. Also, Rwanda’s private sectors have been called upon to use this opportunity and export their agricultural produce to Angola. Rwanda is now set to supply the great need of agricultural products in Angola.

On the other hand, Angola hopes to benefit from Rwanda’s strategic geographical location in the central and east Africa. Through Rwanda, Angola will enjoy direct flights into Central and East Africa shortening the flying hours to 2 hours. Previously, a flight from Luanda to Kigali would take 16 hours with a stop over in South Africa. Here travellers would be delayed in waiting for the next flight hence delayed businesses. The direct flights will also enhance economic integration between the two countries. The direct flights will connect Rwanda to Angola and other neighboring countries such as Angola and Spain.

In addition to Luanda and Kigali, the two national carriers have a shared code, which allow them to use other existing routes. Right now, Rwanda has direct businesses with Angola, Asia, United Kingdom, United State of America and other West African countries, which has promoted economic development. Also, Rwandans are eager to tap and enjoy on lots of oil and diamond along with other minerals in Angola.

The new route will also open up more investments for Rwanda encouraging more business people to come with no limitations or hustles. Rwanda air is going to have continuous flights bringing in and taking out people hence opening up Rwanda to the outside world. At present, Rwanda air has direct flights to 26 destinations using 22 routes. So far, 15 African countries have agreed to open and share air space hence easing air transport and business opportunities’ across Africa. The countries that have signed in air space a agreements include south Africa, Swaziland, Benin, Niger, Democratic Republic of Congo, Kenya, Liberia, Botswana, Mali, Mozambique, Ivory coast, Guinea, Sierra Leone, Zimbabwe, Ethiopia and cape Verde among others. African countries have not joined the agreement yet are called upon to join and ensure development and quick air transport across the countries.

Besides Angola, Rwanda air has sealed aviation service agreements with Ghana and Togo which all complement the country’s flights to the United Kingdom and other West African countries.

In general, air transport is the quickest means of transport recommended for travelers. Promoting direct flights connecting to different African countries is a step forward Rwanda has taken. There is great hope for more travelers coming in hence improved tourism sector. At the same time, business is expected to flourish creating employment opportunities for local people and hence economic development in the republic of Rwanda.