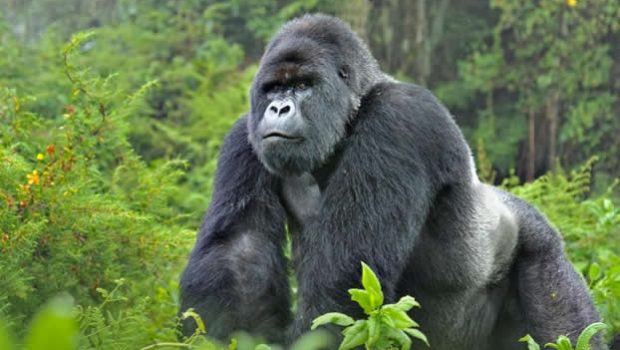 If you have been following Rwanda tourism analytics, you should have realized a drop in the number of travelers to this land of a thousand years. Undeniably, Rwanda has lost a large number of travelers since May 2017 compared to the past years. The fall in Rwanda’s tourist arrivals is attributed to the double increment of gorilla permits in Volcanoes national park. In May 2017, Rwanda Development Board with immediate effect doubled the cost of single gorilla permit from $750 to $1500 paid by all travelers despite one’s nationality. The gorilla permit news shocked all tour operators who initially ran gorilla safaris in Volcanoes National park and other tourism regions in Rwanda. Before the rise of gorilla permits prices, Rwanda was a first stop center for all gorilla trips to Africa. Rwanda outcompeted Uganda and Congo in terms of tourist arrivals for the last 23 years due to the ease of access to Volcanoes National park compared to other gorilla destinations in Uganda and Congo. However, the past trend of increasing gorilla trekkers to Rwanda has now reversed. Uganda has presently become a first priority for most travelers on gorilla safari holidays. The cost of Uganda gorilla tours is far cheap compared to Rwanda yet the experience is the same. A Uganda gorilla permit costs $600 for foreign non-residents, $500 for foreign residents and 250,000ush for east African residents. The low cost of Uganda gorilla safaris has made it a favorite for most people leading to the decline of gorilla tourism in Rwanda. Fortunately, the population of mountain gorillas has steadily increased totaling to 1004 individuals according to 2018 tourism census in the Virunga Massif. The World Wildlife Fund Conservation Group recognized the tireless efforts of Rwanda Development Board (RDB) in Rwanda Uganda Wildlife Authority (UWA) in Uganda and the management of Virunga national park in the conservation of mountain gorillas.
However despite continuous complaints from travel operators/ hotel/lodge owners and all gorilla lovers regarding the high cost of Rwanda gorilla tours, RDB has kept a deaf ear. The government of Rwanda still defends its action to increase the gorilla permit charges which it says, its for the well-being of mountain gorillas and Rwanda’s tourism sector in general.

Promote luxury gorilla tourism
The double increase of gorillas’ permits in Rwanda transformed the country into a luxury gorilla’s destination. At present, Rwanda receives luxurious travelers who do not mind about the high price but the value of the money. Also, various luxurious lodges such as Bisate lode in Volcanoes national park have been established to provide gorilla trekkers with first class food and sleeping services making the whole gorilla tour package to Rwanda exceptional.

In general, Rwanda is an exceptional gorilla trekking destination for memorable mountain gorilla encounters. Book a gorilla safari to volcanoes national park, reserve yourself a permit and meet face to face with the endangered mountain gorillas in their natural habitat.