Gorilla Namers at 2018 Kwita Izina Ceremony
Are you ready for the 2018 Rwanda gorilla naming ceremony? The long awaited Kwita Izina ceremony every traveler on his/her Rwanda gorilla safari is finally here. As always, the annual event is prepared by Rwanda Development Board (RDB) a government body responsible for tourism marketing and new product development for Rwanda’ tourism. The event is taking place at the head quarters of Volcanoes national park in kinigi where 23 baby gorillas are to be named. The ceremony is expected to attract thousands of people including travelers, conservationists, local people and gorilla lovers from all parts of the world who cannot wait to be part of this memorable event. Among the prominent people expected are Grace Machel the former first lady of South Africa and Mozambique, Akon an American-Senegalese singer, songwriter and businessman and Laureano Bisan Etame-Mayer a former arsenal and Cameroonian football star.

Just like in naming human babies, a team of people comprised of conservationists, philanthropists, diplomats and sports personalities have been selected to name baby gorillas. The 2018 gorilla namers include among others: 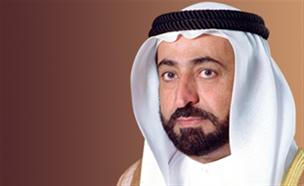 Al Nuami also known as “Green sheikh” who has dedicated his whole life to travel all over the world creating environment stewardship and wildlife conservation in the globe.
2. Dr. Noeline Raondry Rakotoarisa who works as a program chief of capacity building and partnerships section (UNESCO/MAB that focus on man and biosphere.

3. Madame Grace Machel: This is the former first lady of South Africa and Mozambique who also works as an international advocate for women and children’s rights. Madame is a widow to the late south African president Nelson Mandela and Samora Machel the late president of Mozambican Republic. 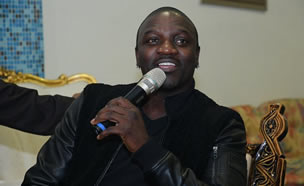 Akon is an American singer, songwriter, businessman, record producer and actor of Senegalese descent. Akin is the first solo artist to hold the number one and number two spots simultaneously and has four songs certified as 3x platinum and many more songs which qualify him as one of the best artists in the world.

5. Samba Bathly. Born and raised in Bamako Mali, Bathily is the Chief Executive Officer (CEO) of the Solektra International and co-founder of Akon Lighting Africa with international Akon and Thione Naing. Also, Bathily is a Malian Philanthropist,

6. Alexandra Virina Scott: He is a retired English footballer who mostly played as a right back for Arsenal women. She made 140 appearances for the English national team and also represented Great Britain at the 2012 London Olympics.

7. Laureano Bisan Etame-Mayer: Known as to many as Lauren, Bisan is a retired Cameroonian footballer who played as a right back for the Cameroonian national team and Arsenal FC. He was a member of 49-game unbeaten invincible team.

8. Strive Maiyiwa: He is a prominent businessman, philanthropist and entrepreneur in Zimbabwe. Also Masiyiwa is a founder and executive chairman of diversified international telecommunications, media and technology group Econet wireless and Econet Media.

9. Adrain Gardiner: Born and raised in South Africa, Gardiner is the founder and chairman of Mantis, a family-run collection of privately owned hotels eco escapes and lifestyle resorts located around the world with large presence in Africa. 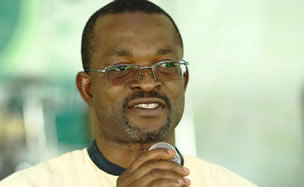 He is the senior vice president of conservation international for Africa, a non-governmental conservation and sustainable development organization. Michael devoted his 20 years to seek human and environmental justice in the globe an also as a campaign manager for Amnesty international and the African Policy Forum.

11. Thomas Krulis: Krulis is the coordinator of the Young President’s organization (YPO) and at the same time the Chief Executive Officer of the Loto Investments limited. Krulis is a slo a managing director at the international Cleaning Solution Group Limited.

12. Hong Liang & Xinyu Zhang: This celebrity couple are the hosts of the popular online travel programme called “Lu Xing’ (on the road).

13. High Fernely-Whittingstall: He is the vice president for the Flora and fauna international –United Kingdom. Also he is an English celebrity chef television personality, journalist, food writer and campaigner on food and environmental issues.

15. Alexa Gray: Gray is a presenter of the Gordon and Patricia Gray Animal Welfare Foundation the supporter and donor for the VPNP Expansion Program through the Africa Wildlife Foundation.

16. Michael Wale: He is a Group Chief Executive Officer of Kerzner International, a company that develops and manages luxury resorts, residences and integrated entertainments resorts.

18. Dr. Olusegun Obasanjo: Obasanjo is a former president of Nigeria. Also, Obasanjo is a former Nigerian Army general who served as a military ruler from 13th Feb 1976 to 1st October 1979. The military man also trained as Mons Cadet School, England, Aldershot, School of Survey, Royal College of Military Engineers and Indian Army of Engineering among others.

19. Theo Kgosinkwe & Nhlanhla Nciza: These two are popularly known as Mafikizolo, who have three times won the south African Music Award for group or duo of the year.

20. Rao Honwei: Rao is the ambassador of the people’s republic of China.

21. Odette Nyiramongi: She is the proprietor of parade Malahide Resort. Malahide is one of the Eco-friendly hotels in Rubavu.

22. Judith Kakuze: Judith a former porter at Volcanoes National park is now one of the advisory committee members of the Volcanoes national park porter association. Also, she is a member of the Advisory Council of Kinigi Sector.

23. Jeannette Uwiragiye: She graduated as a best female student in the department of forestry conservation, IPRC Kitabi.

In Conclusion, 2018 gorilla naming ceremony in Rwanda is finally here. Book a Rwanda gorilla safari to Volcanoes National park, be part of the Kwita Izina ceremony, celebrate gorilla tourism success in the Virunga Massif and enjoy all the beauty nature has blessed the land of a thousand hills with.