After one year of Rwanda’s partnership deal with the English Arsenal football club, RDB has yet signed another three years sponsorship deal with France’s Top football team “Paris Saint Germain”. The 3 years deal was signed in December and will see the “Visit Rwanda” brand featured on the sleeves of PSG’s women players and on the back of all training kits for the 3 consecutive years. Also, the “Visit Rwanda” brand will be displayed at the Pac des Princes Stadium easily seen by all supporters and viewers. More so, the players of Paris Saint Germain will have some coaching sessions conducted in Rwanda. The new deal between Rwanda Development Board and the PSG team comes a year after Rwanda signed a partnership with the English Arsenal football club to feature the “Visit Rwanda” on the sleeves of Arsenal players. The partnership between Rwanda and Arsenal has started yielding fruits already proved by an increased number of travelers who visited Rwanda in the year 2018/2019. The partnership deal between the Rwanda Development Board and PSG is believed to have cost between eight to 10 million euros. However, the expected benefits are worth the penny. 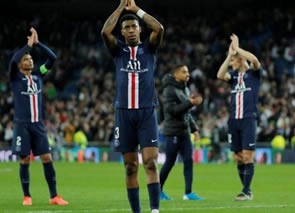 People visiting the stadium must have the nominated tikes and the Identity Cards for clarification. Also, all supporters are reminded that tickets are neither refundable, modifiable nor cancellable. Members o the Paris Saint Germain Academy are also requested to bring their proof of membership (membership card) before they are allowed to enter. The Paris Saint Germain Stadium is located on 24 rue du Commandnat Guilbaud, 75016 Paris and can be accessed by subway lines 9 at Porte de Saint Cloud and line 10 at Porte d’Auteuil . Also, you can access the stadium by the car through south ring exit D910/Boulogne.

Expected benefits
Like any other investment, the Rwanda Development Board expects to earn big from this investment. Firstly, Rwanda expects to receive an increased number of travelers, especially from Africa. The visit Rwanda brand featured on the sleeves of women players will be seen by all supporters of the PSG club, which will result in high tourist arrivals.

More so, Rwanda’s partnership with the Paris Saint Germain football club will strengthen Rwanda’s engagement with fans in Africa. People from different countries of Africa who are supporters of PSG will know about Rwanda’s tourism and support it.

Also, Rwanda tourism products especially mountain gorilla safaris in Volcanoes National park are expected to boost. Rwanda Development Board expects to receive an increased number of travelers coming to trek gorillas and enjoy other wildlife experiences such as golden monkey trekking, chimpanzee tracking/canopy walk in Nyungwe forest National park, big five game in Akagera National park, mountain climbing, cultural tours, and Kigali city tours among others. A permit to trek mountain gorillas in Rwanda costs $1500 10% of which is given back to local communities to help them improve their standards of living.
The increase in visitor numbers will obviously increase Rwanda’s foreign exchange earning since tourism is the nations’ biggest foreign exchange earner. This will increase governments’ revenue and hence increased Gross domestic Products and the country’s general economic growth. Rwanda tourism revenue is hoped to increase from $405 million in 2019 to $800 in 2024 considering all factor constant.

Employment opportunities will be created from tourism and the increased market for local products is expected.

In general, the partnership of the Rwanda Development Board with Paris Saint-Germain is a great achievement as far as tourism is concerned. The initiative will see Rwanda tourism marketed in France hence promoting tours in this small Land of A thousand Hills.