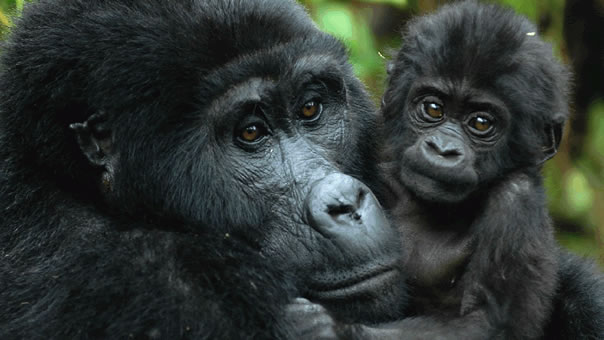 Expansion Of Volcanoes National Park A Win – Win Project
A few months after Rwanda Development Board received land from the African Wildlife foundation (AWF) to expand on Volcanoes national park a home to the critically endangered species, RDB is now in advanced stages of expanding the gorilla park. The major aim of the yet to start project (expansion of the park) is to provide enough space for the increasing population of mountain gorillas while improving the standards of living for local people adjacent to the park. Also, RDB aim at boosting gorilla safaris in the park as well as increasing government revenue through the sale of gorilla permits. Therefore according to the pans, the expansion of Volcanoes National park is a win-win project for Rwanda Development Board and local communities. In contrary, local people are much worried and heavily opposed to their relocation that it likely to come along with gorilla habitat expansion. Residents who have been in Musanze province for over 100 years are scared of losing the land, which their ancestors left them with.

Also local people are concerned with what will happen after the implementation of this project estimated to cost over $200 million. The change in standards of living, adjusting to the new environment, weather and other risks associated with relocation are great worries of local people. Some people have been in Musanze for over 100 years and cannot imagine relocating to a new place a way from their places of birth, which their ancestors left for them. Altogether roughly 18,000 people who live together in 3,000 households will are to be affected by the national park expansion project estimated to last for 7-10 years.

However, all the worries related to relocation were allayed by the head of conservation at Rwanda Development Board who assured the local that they would not be relocated to any place outside Musanze. According to the plans, local people will not be moved but will rather co-exist with wildlife in the park in the park. This strategy will help to promote wildlife conservation, promote gorilla tourism in Volcanoes National Park and improve the wellbeing of local people. Fortunately still, conservation in Rwanda focus on catering for the needs of the local people first.

Rwanda Development Board (RDB) plans to construct a model village for the 3000 house holds around the gorilla national park. In addition, the government is to construct a kindergarten and TVET schools to provide school going children with education. With that project ongoing, local people are greatly assured of new infrastructure projects like roads, hospitals and off course employment opportunities from which they will earn a living to improve their standards of living.

Also, Rwanda Development Board allocates 10% of the total revenue collected from gorilla tourism in volcanoes national park to local communities around the park. Also, local people depend on volcanoes national park as source of formal and informal employment. May local people are hired as local porters and local guides during gorilla trek session, others work in hotels and lodges as managers, waiters, waitresses, housekeepers which earn them income to improve their standards of living.

Other plans include increasing agriculture production through the introduction of advanced methods of agriculture and ready market for harvested products. More so, people are encouraged to set up several small factories, which use bamboo from volcanoes national park for raw materials. Local people have therefore been advised not concentrate much on gorilla national park expansion but rather focus on their day to day activities that will help them improve their standards of living.

In general, the expansion of volcanoes national park is a great a achievement for the Rwanda development board and the government in general. Great thanks go to RDB, government and all conservation bodies for the tireless efforts to conserve mountain gorillas, which has led to the increase of these gorilla individuals.