One year down the road, the long-awaited construction of the Ellen DeGeneres campus of the Dian Fossey Gorilla fund commences in Kinigi Rwanda. The officials of Rwanda Development Board (RDB) officially launched the project yesterday 12th Feb 2017. Belise Kariza, the Chief Tourism officer for Rwanda Development Board (RDB), Portia De Rossi the partner of Ellen DeGeneres and a few invited government diplomats graced the launching. The thought of constructing a descent Ellen DeGeneres campus of the Dian Fossey Gorilla fund began last year in Feb 2018 on the celebration of the Ellen DeGeneres 60th birthday when her partner Portia De Rossi gifted her with the campus. In her speech, De Rossi revealed that she could not get anything to offer her longtime partner who has everything but only to make a way for her to connect her past and future, rewarding her with something that she would do after her (Ellen) talk show is over. Ellen DeGeneres is a renowned American television talk show host and comedian who developed a strong attachment to mountain gorillas in her tender age when she read the Dian Fossey history on the national geographic. The late Dian Fossey’s great love for gorillas to the extent of losing her life inspired Ellen who similarly wished to do something that promotes sustainable gorilla tourism. It’s from Ellen’s longtime desire for gorillas that her partner surprised her with a gift of construction a gorilla campus that will promote research for the conservation of mountain gorillas. Its no wonder that the exceptional gift would later make Ellen Embark on the first trip to Rwanda to physically witness the unprecedented efforts of the late Dian Fossey in conserving the endangered mountain gorillas.

What’s the major purpose for the Campus?
The new campus is mainly focused on promoting research about the conservation of mountain gorillas in Volcanoes national park and the Virunga conservation area as a whole. Also, the campus will be a permanent home to the Dian Fossey fund, which has been overtime disrupted by limited space in rented premises. The close location of the new campus to Volcanoes national park will ease the operation of the Din Fossey gorilla fund unlike in the past when the long distance of the fund premises to the national park would sometimes slow the operations. The new campus will accommodate the state-of-the-art laboratories, computer laboratory, and library, flexible office and meeting space, classrooms for educational programming, a dynamic public exhibit showing case the legacy of Dian Fossey and guest house for researchers. Since her last visit, Ellen DeGeneres has been raising awareness while mobilizing resources to boost her first and the largest campus in Rwanda. Numerous ecological practical works such as reforestation will be illustrated to students in the laboratories. Besides, promoting awareness and mountain gorilla conservation, the construction of Ellen campus is evidence of Rwanda’s conservation credentials proving that this country is a great investment destination. In 2018, Rwanda registers over $2 billion dollars in investment and is, therefore, one of the leading tourism investment destinations in East and central Africa.

What exactly does the Dian Fossey Gorilla fund do?
We have heard of the Dian Fossey fund over and over again but what does it exactly entail? Well, the fund is all about promoting the conservation of mountain gorillas and their natural habits, through extensive scientific research on these endangered species while 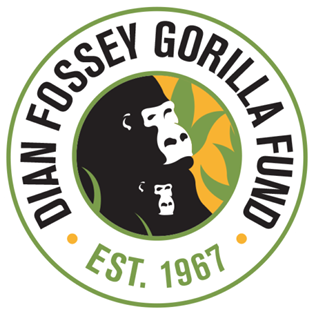 promoting the greater biodiversity of the region. The fund also cooperates with Rwanda universities to promote conservation awareness to the next generation of Africa scientists while engaging local communities to ensure their support for conservation.

What do local people say about the new campus?
To the local residents, the construction of the Ellen campus is good news and a blessing. Locals were seen celebrating and happily welcoming the construction with great hopes that it will with no doubt boost their standards of living in one way or the other. Firstly, the constriction of Ellen Campus will create over 1,500 jobs for the locals 40% of which will be done by females. The construction will, therefore, earn over $2 millions to local labor and trades, which in turn improves people’s standards of living. Also, $2.5 million of the campus fund will be spent on local materials hence promoting a ready market for the local goods and raw materials.

What Ellen DeGeneres says about gorilla trekking
From her first experience with the mountain gorillas, Ellen DeGeneres confesses that spending time with mountain gorillas is the most exciting and transcending experience she has ever had. According to her, gorilla trekking is a completely exceptional experience different from other wildlife experiences. She further tells that an encounter with a mountain gorilla family provides a feeling of being with your cousins or else with a family of members, who love, eat, play and spend times together happily. It’s a wonderful experience! Gorilla tourism has been a success story proved by an increase in gorilla numbers and tourist arrivals to see mountain gorillas by the Rwanda Development Board (RDB). At present, the world shelters roughly 1004 mountain gorillas according to the 2018 gorilla census statistics. These inhabit the jungles of volcanoes national park in Rwanda, Virunga national park in Congo, Bwindi forest and Mgahinga gorilla national parks in Uganda.
The construction is expected to take two years and hence campus will officially be opened for operations in early 2021.