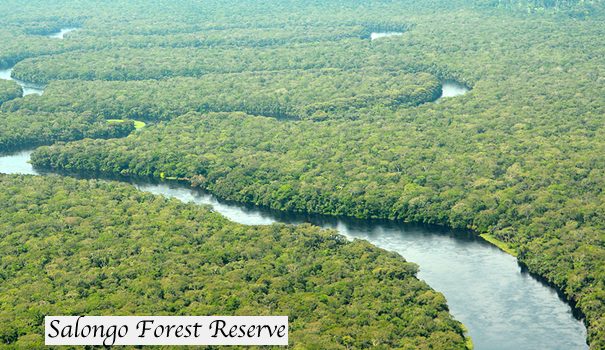 DRC Prioritizes Oil Mining Over Conservation
While travelers and tour operators wait for 2019 when Virunga national park is expected to open again for gorilla trekking and other tourism activities to start, the government has instead prioritized oil mining over conservation. The government of Congo has passed a decision to degarzette some parts of Virunga national park and Saalongo forest reserve for oil drilling. Much as oil drilling plans are aggressively opposed by environmental activities all over the world, Congo government has claimed its right to authorize mining any where in the country. According to officials report, it’s a right of the government to utilize all resources in the country without restrictions from any outside country. The cabinet is therefore determined to proceed with plans of oil mining claiming to have put strategies to protect the rare species and plants in Virunga national park and Salonga forest reserve. Over 80% of the greater Virunga conservation area is covered by oil franchises, which leave the place at a great risk of losing tourism business in the near future. Some animals are expected to die while others will probably run to neighboring areas for safety.

In terms of economic resources, Democratic Republic of Congo is rich in almost every valuable natural resources but bad governance has limited the country from benefiting from these resources. The failed system of weak state institutions and pervasive impunity has seen those involved in the illicit exploitation of natural resources go largely unpunished. Opening of these parks for mining indicate government’s failure to conserve globally the recognized heritage sites which shelter the critically endangered species. Salongo national park covers 33,350km2 of the Congo basin, which is the world’s second largest rain forest in Africa. Its expected that oil drilling will negatively affect the regional target on the protection of Africa’s most diverse wildlife habitat especially Virunga national park which shelter a quarter of the highly endangered mountain gorillas. The Virunga massif spreads over a 13,800km2, which entail Virunga volcanoes, Rwenzori mountains national park, and is bordered by Bwindi impenetrable forest national park. Also, the Virunga landcape shares part of Queen Elizabeth national park, Uganda’s second largest park with a high diversity of wild animals, birds and reptiles among others.

Virunga national park covers Congo’s share of the Virunga conservation area along with Mgahinga gorilla national park in Uganda and volcanoes national park in Rwanda all managed by the Greater Virunga trans boundary collaboration (GCTC). The council of GVCT sat on 7th April 2018 and set September 2018 as a deadline for finalizing the national processes needed to ratify the treaty which aim at preventing illegal wildlife trade, poaching as well as increasing the punishment of law breakers in the Virunga Conservation Area. The good news is that GVCT has so far yielded positive results in fighting wildlife crimes and poaching in Uganda, Rwanda and Democratic Republic of Congo. We have seen an increase in the number of mountain gorillas and other wild animals in past decade. Also, the GVCT has managed to reduce ivory poaching by 50% in the past five years. Also, responsible government bodies have realized a drop in the number of prosecutors in national parks has declined. 282 suspects involved in poaching where over 230 suspects have been sentenced to death.

The plans show that 21.5% of Virunga national park (1,720km2) will be dergazzeted for oil mining, which will cause a setback in tourism, gains especially the revenue earned from the sale of gorilla permits. Single gorilla permit in Congo costs 450uad which contribute over 50% of the country’s gross domestic product.

Besides endangering wild animals, oil drilling in Congo will promote global warming by emitting huge amounts of carbondioxide into the atmosphere. Records indicate that the two national parks have been in danger since 1994 and 1999 highly affected by mineral exploitation as the top threat together with illegal trade, poaching and human encroachment which affect tourism and conservation in Democratic Republic of Congo.

Also, more armed groups operating in the eastern Democratic republic of Congo are expected with this upcoming oil drilling business. This will endanger the lives of rangers in Virunga national park who are already facing several kidnaps and killing by rebel groups.

In general therefore, oil drilling in Virunga national park and Salonga national park is a great blow for tourism in Democratic Republic of Congo. The yet to be started venture (oil mining) will undeniably expose Congo to great threats which include poaching and other criminals.